Visiting the Saigon Opera and the amazing À Ố Show. 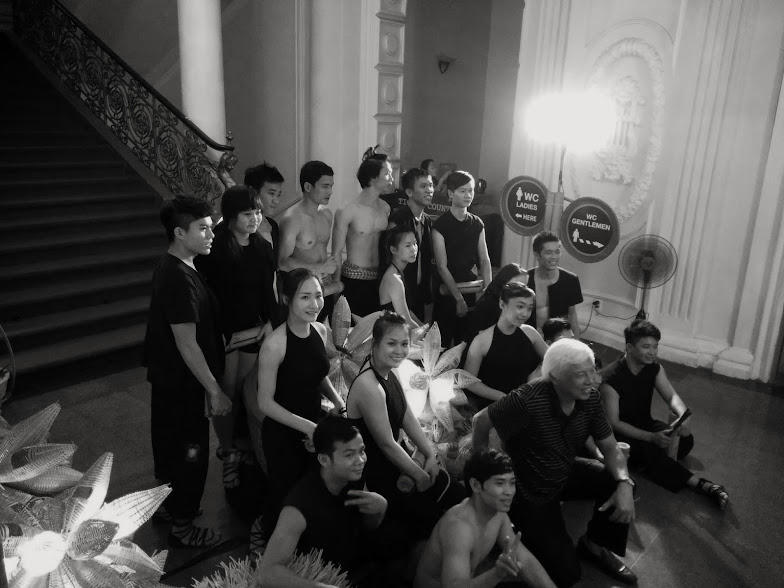 On the first day when I arrived to Ho Chi Minh city and I was wandering around, I stumbled on a theater that looked very European. Checking on my offline map I discovered this structure was the municipal theater known also as the "Saigon Opera".

The french architectural influence on this building is undeniable and when I came back to the hotel I read on the internet, this building was designed by French architect Ferret Eugene at the end of the 19th century when the city became the center of the Conchinchine colony. 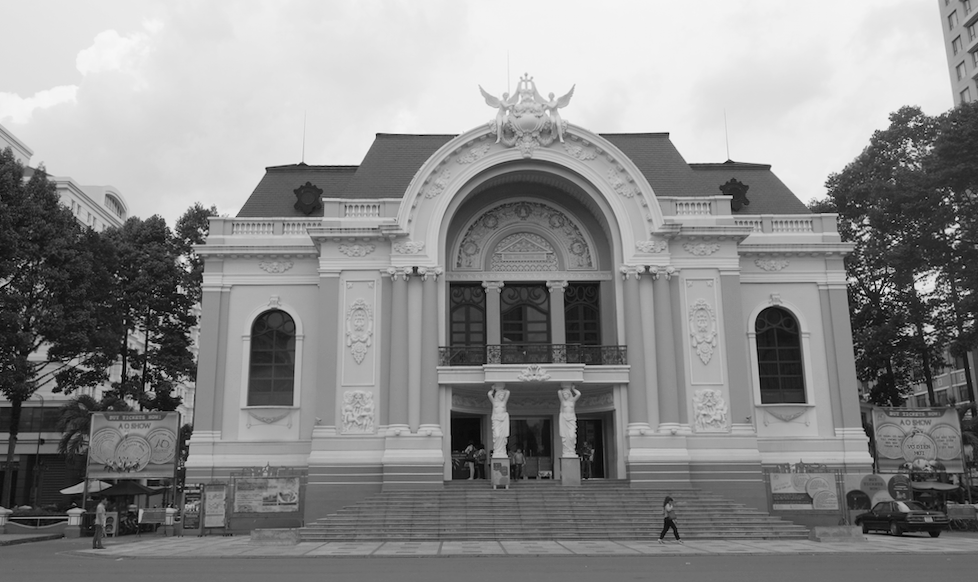 I also read that one of the most interesting ways to visit the building was to attend one of the shows presented there and many visitors recommended in particular the “À Ố Show”.

Since it was my GF b-day and we wanted to celebrate, we decided to buy tickets for the show and were very lucky because they had a deal in place that allowed us not only to attend the show but also to get a nice dinner at a restaurant nearby for the same price. It was perfect for our celebration!

So we left the hotel, tried Uber for the first time (they are now available in HCM), went to the restaurant and ordered a set of different Vietnamese dishes and enjoyed a very nice dinner. 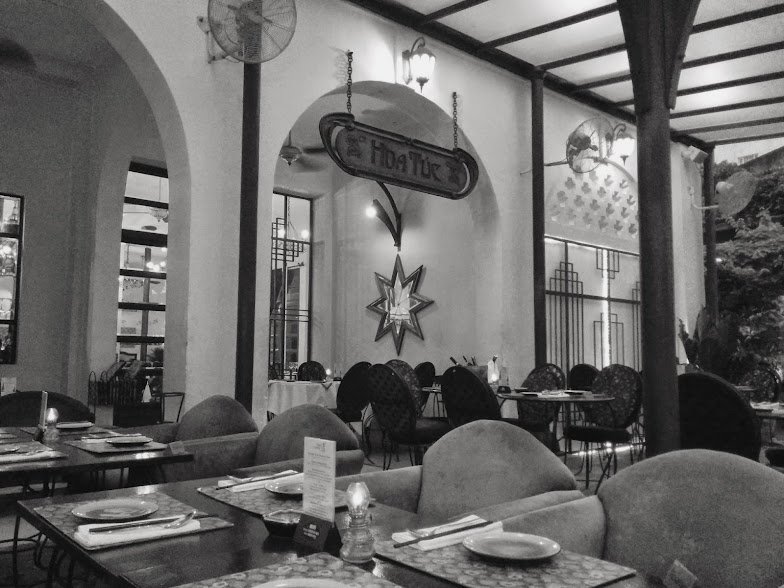 Then we walked to the Opera house to see the show. We didn't know what to expect. I mean, we knew it was a mixture of music, arts and acrobatics, but the description was quite generic so it could have been a kitschy tourist trap or … it was an amazing show! We were both amazed by not only the physical aspect of the acrobatics they were performing, but also by the whole artistic concept behind it.

The show doesn't have a straight storyline, but it's more like a collage of different sketches tied together with fade out and fade it effects. Each one of them is full of physical stunts, choreographies, light, traditional music and humor. So it was nice to see the opera house inside, but I completely forgot about the building once the show started.

Filming or taking pictures is forbidden (thankfully so, because it would kill the atmosphere), but they have an official video in youtube that shows an appetizer of the show:

So we had a great time and it was a very nice way to say goodbye to Saigon. Yesterday we arrived to the Island Phu Quoc.