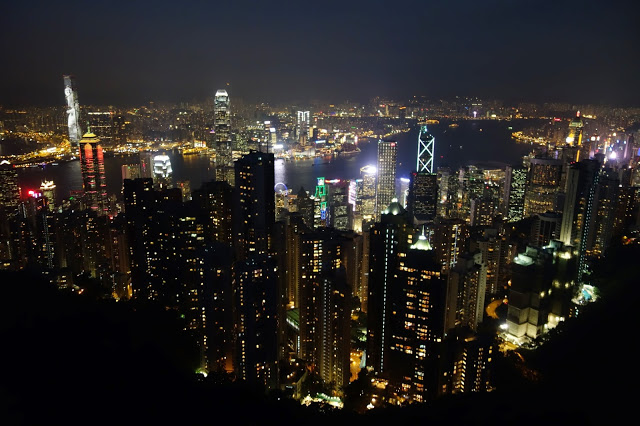 When I was planning my trip to Asia and I mentioned to my friends and colleagues that I wanted to visit Hong Kong, the ones who had visited this place before were really jealous and almost all of them unanimously agree on how amazing it had been their time there. Therefore I was very eager to see this famous former British colony with my own eyes and understand why it was so beloved. I spent a short in Hong Kong and I couldn't agree more, it was an amazing place. I will describe my first day in HK.

Are we going home?

I planned the trip to Hong Kong after visiting Taiwan. The main reason was there were plenty of options for flying from the island, the distance was relatively short and my colleague was going back through HK, so we could visit the city together, at least for the first two days. 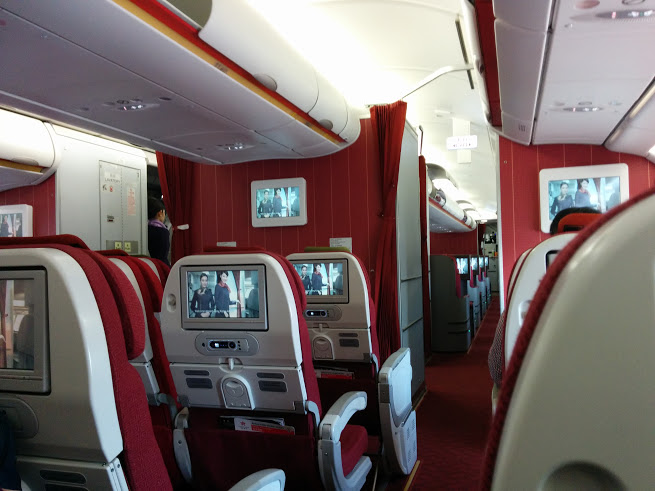 A long time ago I had booked a flight with Hong Kong airlines and I was curious about how the trip was going to be. When I boarded the plane and I sat down, my first thought was that I was in wrong plane. It was not only a big aircraft with a middle row of seats but there was a screen with the entertainment system you would normally find in long haul flights. I fiddled around with the screen and realized the time to destination was only 1.5 hours, so this bird was definitively going to Hong Kong.

Getting into the city and dealing with infinite footbridges

As soon as we arrived, the left the plane and proceed to the immigration area I saw right away how cosmopolitan is Hong Kong. There were in both the residents and visitors queue, people from a broad array of races and nationalities. The process was straightforward and once I got my permission paper (they don't stamp your passport), I bought a ticket to central and waited for my friend to arrive.

We took the Airport Express train to Hong Kong central and as soon as we arrived and we started to look for the hotel, the fun started. There are many malls around the central station and they are connected by long footbridges. Through those bridges you can get to the ferry piers and to many areas of the central area of Hong Kong, but we ended up walking in circles and when we finally left the mall complex we ended up doing a long walk to get to the hotel.

Central–Mid-Levels escalator and the Peak

After the check-in, we left the hotel and started to explore the city. We walked around and we began noticing the Bamboo scaffoldings. Our host in Taiwan told us this was one of the features of the construction process in Hong Kong and right away we noticed them everywhere. 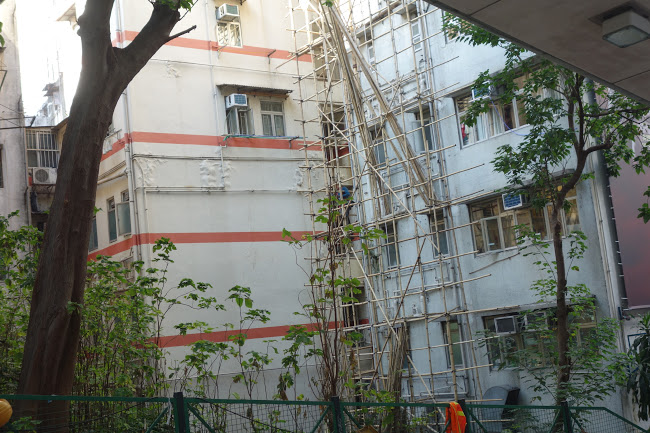 At a certain point we saw an arrow indicating the "Central–Mid-Levels escalators" and we decided to follow it since this was one of the features recommended by many friends and colleagues. They are the longest outdoor covered escalator system in the world and they are definitively an attraction on its own. When you step on them first they look like a normal escalator, but very soon you start to feel they are going up and up, never ending. We stopped midway to grab a coffee and then continued riding them until the very end. 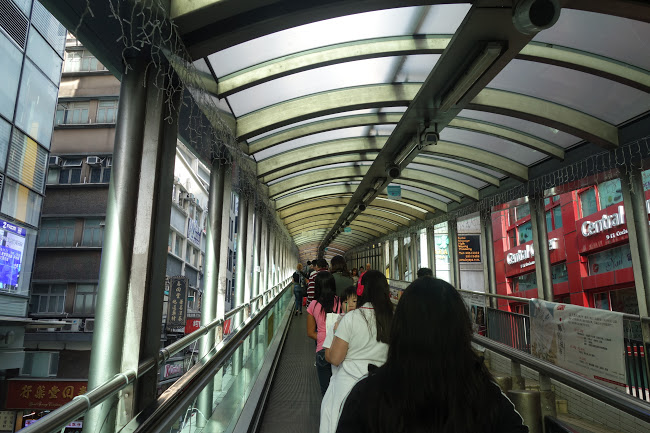 When we got there we saw a sign indicating a path to "The Peak". My friend suggested to go there and even if I had no idea what this place was I told her "Sure, let's go", so we continued walking all the way up to the peak. We visited the viewing platform and we learned there, that peak is highest point on Hong Kong Island and that it has been one of the most exclusive areas since the colonial times. We spent a really long time at this place, enjoying the audio guide discussing the history and the different landmarks of Hong Kong.

I was amazed by the view and I enjoyed taking pictures before it was getting dark, during the sunset and when it was pitch black. This was probably the best place to take photos in Hong Kong: 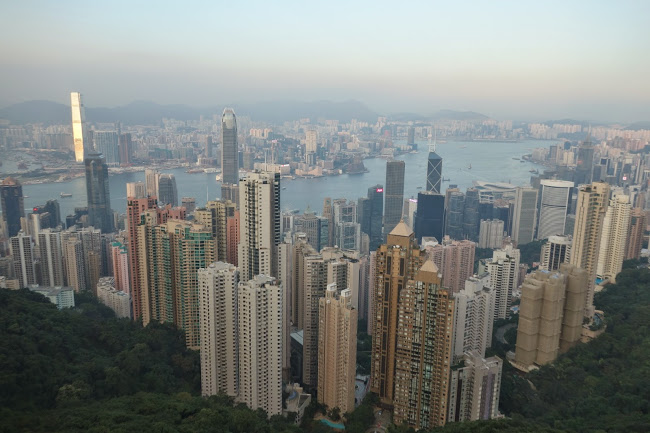 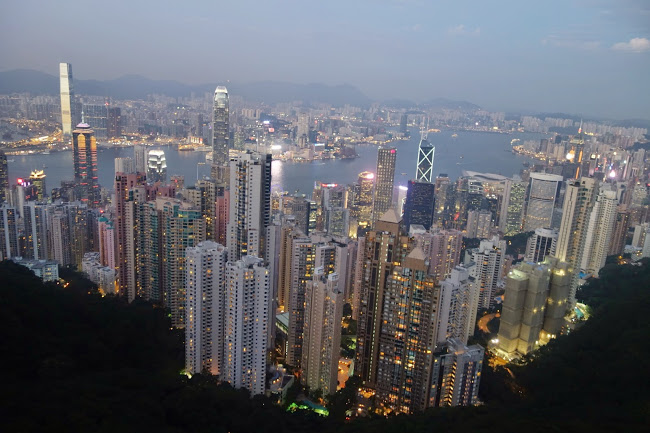 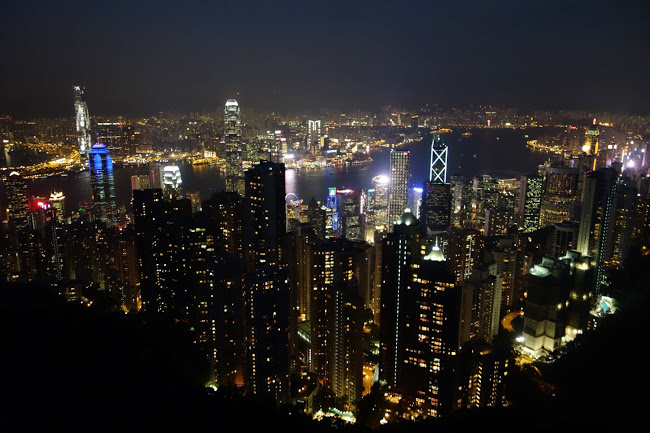 We finished the day taking the Tram down and walking to the admiral area where students were camping as part of the Umbrella protest movement. Some of the tents were really touching: 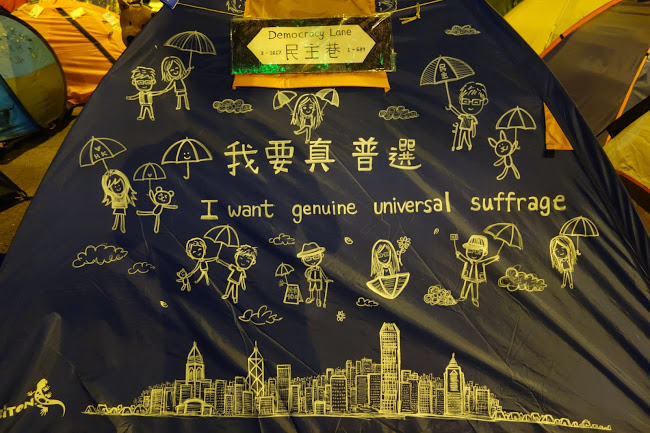 I will definitively continue talking about Honk Kong in another post. Stay tuned.