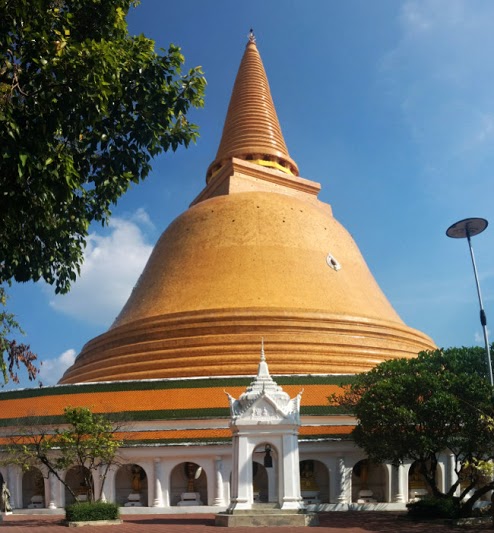 On my second day in Bangkok I decided to make a day trip and explore one of the cities located nearby. Last time I visited the capital I had the opportunity to see Ayutthaya and that was a very interesting place, but this time around I wanted to visit a different spot.

I read about the different alternatives and I chose Nakhon Pathom, a small city situated 56 km west from Bangkok. This place is not only one of Thailand’s oldest towns but according to some travel guides, Nakhon Pathom is considered the entry point of the Buddhism religion in the region.

The main attraction of this town is Phra Pathom Chedi, with its huge 120m high stuppa that dominates the landscape on the region. This place is very important for the Thais and there is constant flow of local visitor honoring Buddha.

I read on wikitravel that was possible to get there either by bus or by train. Since I had some good memories about my Thai trips by train I decided to use this transportation option. 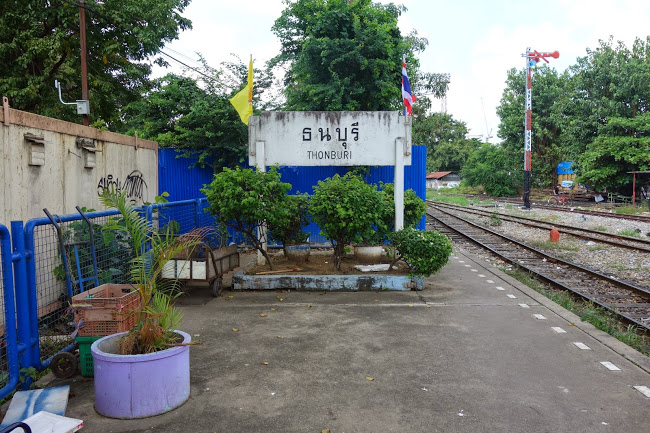 The main train station in Bangkok is Hualamphong. Most of the trains going to the North and the South of the country depart from this station, but the one heading to Nakhon Pathom leaves from the Thonburi. This is a new station located on the west side of the Chaopraya river and it's accessible either by bus by or boat.

I checked the map and the easiest way to get from my hostel in Phaya Thai to Thonburi was by bus (Route 70). I boarded the bus and as soon as the lady with the metallic "clac clac clac" sound approached to charge me for the route I told her I was going to "Thonburi". She didn't get it, so I tried to show her on the map and she charged me something like 50 baths.

Looking at her face I guess she had no idea where I was going but still it was very cheap and she tried to help as much as possible saying "not here" once in awhile. Fortunately there was another helpful English speaking Thai lady on the bus and she told me where to get off. 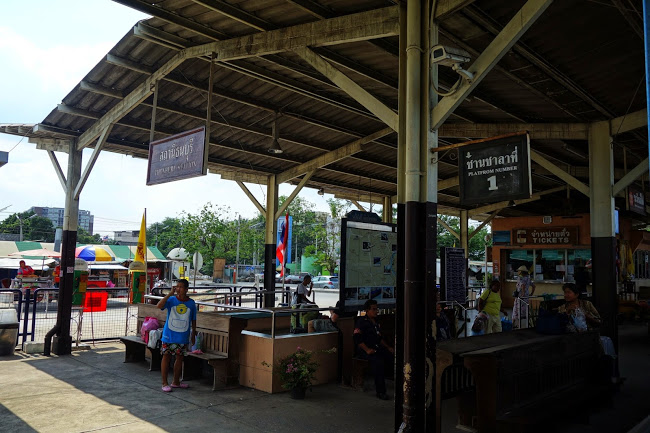 I crossed the Chaopraya river and then after a couple of kilometers I got off at the Charan Sanitwong Road. From there I walked to the Thonburi Train Station and quickly approached the ticket booth.

I asked the vendor I could get a return ticket to Nakhon Pathom and he told me the next one was in 30 minutes. The only problem was that the return train was relatively soon after arrival (I would have only 1.5h to explore the town). Since I was already there I decided to go anyway and enjoy the ride and the city as much as possible.

The only available type of tickets for this route are third class. This is the most basic ticket you can get so they are very cheap and the service is basic. Since it was going to be a short trip I didn't mind that and I thought it was fun to travel with the locals (I was the only foreigner in the wagon), feeling the breeze on my face. 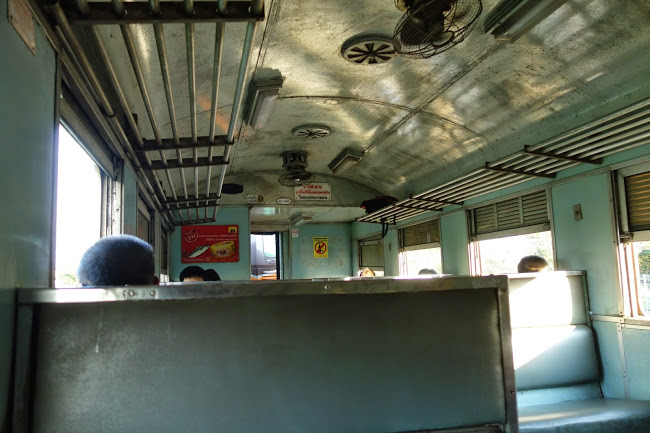 After an hour or so we arrived to Nakhon Pathom and as soon as I left the train I started my flash tour to the city.

I scanned the map and I was very happy to see that the main attraction of the town, the Phra Pathom Chedi was very close to the train station. I started to walked into that direction and 10 minutes later I was in the main entrance. 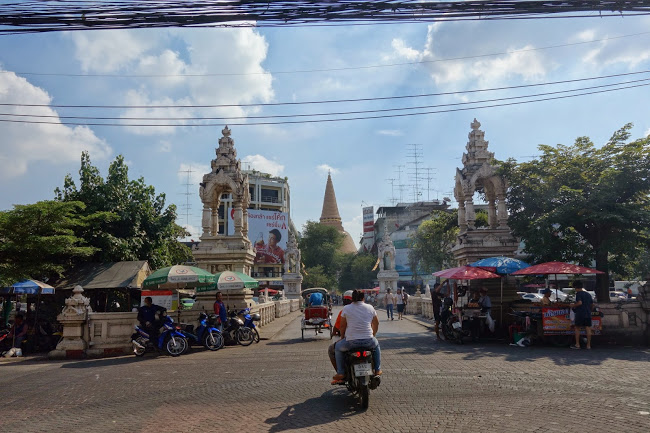 As I was discussing before this place had a special significance to the Thai people and I was able to see it directly: As soon as I arrived there I saw many peligrims and hundreds of guys getting their hair cut to start their time as monks.

The Stupa (dome-shaped structure erected as a Buddhist shrine) is huge. I had to take a panoramic picture in order to grab the whole structure in one single frame. Take a look at the following video I shot displaying the structure:

I walked around the temple grounds and I took my shoes off to climb and walk around the big dome.

I took a couple of pictures more and I observed the structure from different angles. But then I saw the time and I realized I had barely enough time to quickly get back to the station and take the train back to Bangkok.

The train was delayed 30 minutes so I had the chance to see a bit more the surroundings.

Even if this was a flash trip I'm glad I had the opportunity to visit this place.