Getting into Siem Reap

A couple of weeks ago I had the opportunity to visit Siem Reap and its amazing Angkor Wat complex in Siem Reap, Cambodia. I have plenty of good memories and pictures of every corner of this massive place, but before I start to talk about what was the actual visit to the monument I want to write about the process of getting in.

In my last post I described the interesting visit to Macau, the small chinese Special Administrative Region with a very rich Portuguese history. The next step on my itinerary was Siem Reap and I found a good flight connecting in the Don Muang airport.

Before I traveled to Cambodia I read it was possible to get the visa on arrival and the process appeared to be relatively straightforward: Fill out an application form, including a recent photograph and handover the form and the passport plus 30 USD to get the Visa stamped on it.

Just before we arrived to the country, the flight attendants distributed the visa on arrival form and a customs blue paper. I filled them out both and I thought I was ready to go. Nevertheless once we landed in Siam Reap the fun really started. Let me describe it step by step so I make sure I don't forget anything:

I'm wondering if this is the "normal" process to get into Siem Reap or if it were unlucky because ours was the last flight of the day. In any case it would nice to provide the arrival / departure cards on the plane before landing and to give general instructions about what are the steps to get into the country.

This was definitively the most chaotic arrivals area I have ever experienced, particularly because no one knew what to do :).

Once I left the arrivals area there was a transport from the hotel waiting for me. I boarded the TukTuk and 20 minutes later I was in Sok San Road, checking into the hotel. The owners kindly provided a map of the area so I started to get familiar with the layout of the city and the temple complex. 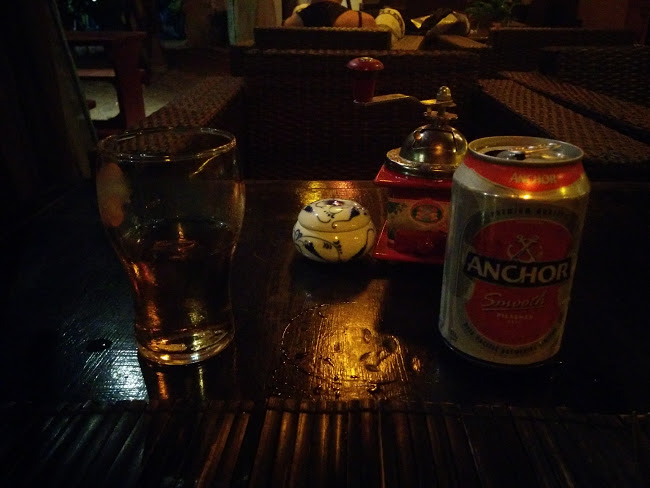 I finished the day getting a refreshing Anchor beer.